From fact to fiction: casino on the big screen

The thrills, excitement and exhilaration you can feel when playing at a casino, be it online or land-based, can easily be the makings of an epic adventure. So, its clear to see why so many movies choose the wonderful world of the casino as the basis of the story.

If you play online casino UK then you know all about enjoying the experience of a casino from the comfort of your own home. But if you want to take that even further, than why not grab the popcorn and let the magic of the movies transport to the land of the casino. You can experience Las Vegas through the magic of the screen without having to step out of your front door.

Some of your favourite films may feature famous real-life casinos, that you may well be able to visit in person someday. But the imaginative narrative of a movie means they have the ability to invent new and exciting fictional casinos to delight the audience. So, with that in mind, let us guide you through some of the amazing fictious casinos from the big screen.

It was, of course, inevitable for a film named Casino to feature such an establishment. And it also makes it the best place to start when it comes to casinos featuring in films.

Although the story itself is based on true events that took place in Las Vegas, the casino that takes centre stage is actually fictional. Directed by Martin Scorsese, this 1995 crime and gangster film is based on the non-fiction book, Casino: Love and Honor in Las Vegas by Nicholas Pileggi.

The story follows Sam ‘Ace’ Rothstein, played by Robert De Niro, who is a gambling expert asked by the Chicago mob to oversee the casino and hotel operations at the Tangiers Casino in Las Vegas. This character is inspired by Frank Rosenthal, who ran four casinos in Las Vegas for the Chicago outfit – the Stardust, Fremont, Marina and Hacienda – during the 1970s and early ‘80s.

The fictional Tangiers casino was inspired by two real-life casinos in terms of filming locations, but for the story, it’s based on the Stardust Resort and Casino in Las Vegas from the original true events that took place. The shots of the interior were thanks to Vegas’ Riviera casino, which has since shut down, while the external shots of the Tangiers were of the real-life Landmark Hotel, also in Vegas.

The Rush Hour film series stars the comedy duo of Jackie Chan and Chris Tucker, with the second instalment featuring the fictional location of the elaborate Red Dragon Casino, allegedly in Las Vegas.

In this 2001 sequel, the detectives, played by Chan and Tucker, are investigating a murder linked to the Triad crime boss, Ricky Tan, which takes them across Hong Kong and the United States. This leads them to the Red Dragon Casino, secretly owned by the Triads.

The fictious casino features a plethora of exotic elements, unlike any real casino, including acrobats, lions, dancers and fireworks, amongst an Asian-style décor. The filming for these scenes actually took place in the Desert Inn in Las Vegas, which was closed down at the time. This worked in the production team’s favour, allowing them to modify the building to fit the theme of the Red Dragon Casino for the film, and of which they worked on for weeks to emphasise the authentic Asian design of the casino. What are Some Tips When Designing Your Company Logo? Can I Start Dating Before My Divorce Is Final? What is Cryptocurrency Burning and how does it works? 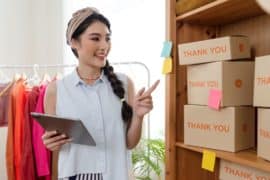 How to Start a Successful Wholesale T-Shirts Business? How Do You Gamify Employee Training? 5 Ways to Get Money on the Same Day